Whether you’re looking to party in a club with some of the best DJ’s or gather outside and watch fireworks or live music there’s definitely something for you. Along with the awesome party come some things to know about.

If confined spaces and live music are more to your liking then you may want to head to downtown Las Vegas. This year’s Downtown Countdown will cost anywhere from $30 to $40 but you get concerts and “fireworks” show on the awesome Fremont Street Experience canopy. This is 21+ only…NO KIDS! (YAY)

Earlier this week I saw a question from @goon29 on twitter asking if he could watch the New Years Eve fireworks from Vegas live online somewhere since he’s back east. I figure he’s not the only one that might like this info. After all, we all have Vegas cravings (even if you live here and hide in the burbs) and this is a good excuse to get a fix.

After trying to go through proper channels (Thanks Becca) and not getting an answer I got an answer for Goon last night from Channel 8 News’ Dayna Roselli last night about 2 minutes after I asked.

While nothing is like being in New York City for New Years Eve, Las Vegas is probably the second best place in America to be. The strip is shut down to traffic and becomes a giant open container street party. While I’m at it, being 40-something degrees at midnight is much nicer than standing in zero degree temps outside being back east.

This year the big fireworks display will be held at 8 different casinos on the strip and last nine minutes. Dayna says that Channel 8 will have helicopters and cameras all over Las Vegas to cover things.

Today the Cosmopolitan of Las Vegas announced an awesome New Years Eve concert with Stevie Wonder. Stevie Wonder is awesome and doesn’t tour. This will truly be a special event. It’s the kind of even people will travel for. Seriously, I can’t contain my excitement for how awesome this concert will be. I have no doubt it will sell out quickly.

On the other side of the fence at Cosmo is a concert featuring Morrissey. Tickets do not seem to be selling well as every time I switch twitter accounts in hootsuite, I get a promoted tweet announcing the concert and giving away a pair of tickets to see Morrissey.

These ads are annoying and they suck. They make me hate the advertiser. For all of the positive things people say about @Cosmopolitan_lv this wreaks of a desperate attempt to sell tickets and something that was ordered by someone that doesn’t work for the social media team. Last week Reebok ran a similar ad campaign for a John Wall shoe. It was equally as annoying. I unfollowed Reebok after the inundation of tweets. I tried to block them and wasn’t able to.

These twitter ad campaign issues are a twitter problem, more than the business, but if businesses are not told that the construction of the campaign is bothersome, they will never know. So, I’m speaking up and hopefully this is read and passed on.

Bottom line is that this Morrissey concert is still a month away. I don’t like his music and I don’t like these ads and hopefully they won’t run that long. That said, Stevie Wonder is awesome. Go to the concert and buy some music below. Here’s to hoping these ads stop!

The rapper’s wife Beyonce Knowles is also said to be planning to perform in Las Vegas on the same night so she can be with her husband to celebrate the landmark date.

There have been rumors for a while about Beyonce shaking her ass at Wynn for a while, so that’s the odds on favorite to grab her.  I’d like to throw MGM into the mix for Beyonce too.  She can perform at CityCenter or the MGM Grand arena to be closer to her husband than by playing at Wynn.

Also, the money available by playing a large venue would also be big.  This would also be a great PR opportunity and it wouldn’t be the first time MGM has participated in New Years Eve.  I rate them as a close second to Wynn.  What do you think?

Jay Z and Coldplay will be playing an invite only show New Years Eve at Cosmopolitan Las Vegas.

Jay-Z and Coldplay have collaborated before on the track ‘Lost +’ which featured on the band’s EP ‘Prospekt’s March’.

Staff from the Cosmopolitan spent the summer visiting various music festivals and this seems to be a result of those travels.  Jay-Z has long praised his appreciation for Coldplay and this should be a pretty awesome show for many reasons beyond the talent: small venue, invite only and New Years Eve in Vegas.

I love Jay-Z, but his best music is about 10 years old.  At the same time I think this is a brilliant show and just adds another level of to how awesome the marketing roll out for Cosmopolitan is.  This is a super expensive, yet ultra cool concert.  Kudos to the Cosmo.  I’m tingling a little about this.

I guarantee this goes unmatched. 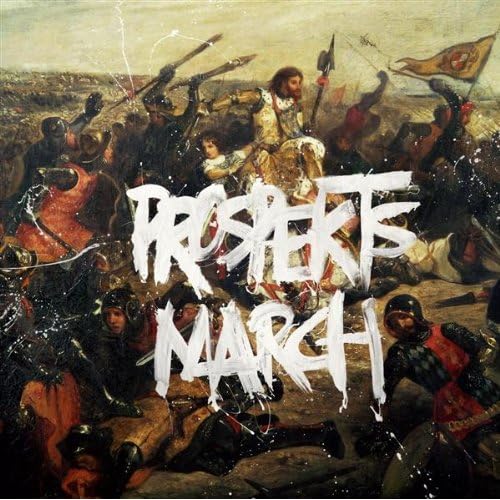