I was checking the TripAdvisor Atlantic City message board and saw a link to the 2007 documentary by Louis Theroux “Gambling In Las Vegas.”

This is a cool look behind at a weekend of gambling with high rollers at The Hilton.  This shows the fun parts and bad parts of gambling.  You can watch the youtube videos, in 10 minute segments below or you can buy a Louis Theroux box set if you want to own it.

The rest of the documentary after the jump

END_OF_DOCUMENT_TOKEN_TO_BE_REPLACED

Debuts on HBO tonight.  Zach Galifianakis stole the show.  I love this movie. 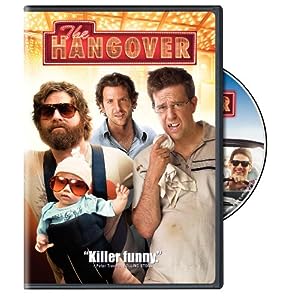 I’ve read quite a few good reviews about “Tyson“; the documentary about Mike Tyson’s life.  Everything I read was about how this was a very “real” look at his life.  As I watched the movie I realized that this was indeed very real and a raw look at Tyson’s life.

Listening to Mike Tyson talk about growing up as a kid that was picked on and watching him grow into a bully himself and a petty thug was a little uncomfortable, but interesting.  Even more uncomfortable to watch was Tyson talking about sex, violence and his marriage to Robin Givens.

As a boxing fan I was more interested in his relationship to Cus D’Amato.  D’Amato was Tyson’s trainer and seems to be the person that saved Tyson from life in the hood.  Tyson seemed to look up to D’Amato as his savior and a father figure.  As he said “Cus broke me down and rebuilt me as a new person.”

Sure Tyson won the heavyweight championship after D’Amato died, but it seems as if Tyson began his downward spiral on D’Amato passed away.

In the latter part of the movie Tyson goes into graphic detail about getting whooped by Evander Holyfield, then biting Holyfield’s ear and the bad people he surrounded himself with.  As the movie went on, it got more and more brutal.

The movie had a lot of quick cuts, which made it easy to watch and digest.  This is definitely a well done movie that is easy to watch.  This probably isn’t a movie I’d watch too often, but I don’t watch many movies more than once.  I was happy to see the end of the movie because it started to get a little depressing.  I’ve lived through most of this movie and it was great to see everything I’ve seen on the news in 90 minutes.

Las Vegas Sands owns The Palazzo where I had an awesome steam at Carne Vino earlier this year.  The casino company is suing Palazzo Design Corp of Houston, Texas for trademark infringement.

Another trademark dispute is brewing on the Las Vegas Strip, this one over the sale of “Palazzo” clothing items such as T-shirts at the Palazzo hotel-casino.

Attorneys for the hotel-casino said in the suit that the Houston company claims to have the exclusive rights to sell Palazzo clothing items — a claim disputed by the Las Vegas Sands attorneys.

This should be cut and dry.  Whoever owns the trademark in the appropriate category owns the right to do what they want with the name.  I don’t want to deal with trademark law because it sucks and is boring.  I’ve never seen a Palazzo t-shirt, but I’ll look in the gift shop on my next trip to Las Vegas.

This leads me to question why Paramount, creators of the movie Naked Gun, didn’t trademark the name Enrico Palazzo, a favorite character of many.  If they did they could have made hundreds, maybe thousands, in merchandising products with the name Enrico Palazzo.  I would have purchased numerous items.   I guess we’ll never know.

If you’d like to see Enrico Palazzo in action enjoy the videos below.

Naked Gun is one of my favorite movies of all time.  If you don’t own it – you should.  A link to purchase is below.