I was flipping channels one night and saw a commercial for the Criss Angel Magic Kit.  I had a chuckle as the commercial was very campy and almost looked like a parody of a real commercial.

There are plenty of people that like Criss Angel, judging by the longevity of his show at Luxor in Las Vegas.

I like sports, not magic so I’m not going to judge beyond this hokey commercial. Evidently he dated Holly Madison, so that’s cool.

If you want to wow your friends at an upcoming Halloween party – getcha Mindfreak on by clicking the image below. 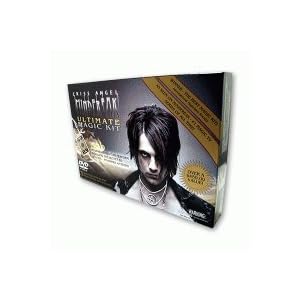