Jay Kornegay from the LVH SuperBook is one of the more senior sportsbook bosses in Las Vegas today. He’s often the go-to guy for mainstream media when they have questions about sports betting.

In most of his interviews he comes across as being candid, which isn’t something you see from many casino executives. This interview from Calvin Ayer is no different and touches on the current state of sportsbooks, LVH SuperBook and the future of sportsbooks.

If you’d like to read more, there is an accompanying article with the video on CalvinAyer.com.

If you read really fast or have 10 hours to kill, there’s a very long article on the SuperContest at LVH on SBNation. I haven’t read this yet, but people say it’s a good read.

I’m usually on top of my Vegas news, but news of MGM refurbishing rooms at Bellagio and MGM Grand must have slipped by me.  Jim Murren, CEO of MGMRI, discussed that and more Monday on CNBC.

John Unwin from the Cosmopolitan of Las Vegas was on CNBC today and offered nothing new.  In fact, the most interesting thing to me were the lack of people walking around the casino.  I know the interview was at 9am, but there are so many better options for a location.  Compare this to Jim Murren from MGM Resorts interview on CNBC yesterday at the Bellagio conservatory and the Cosmo looks kind of sad.  I’ll post that video later or tomorrow.

I’ve wanted to do more interviews at ECG and I was finally able to sit down (on my couch) with Stu Hoegner (probably in an office) to learn a little about online gambling, Canadian gambling and more.  This will be broken into a few parts as there was just too much information for one sitting.

I “met” Stu on twitter.  We both seem to have similar interests and I’ve learned a lot about the man just by reading his tweets and asking questions.  In fact, he’s the person that tipped me off to the rumor that the Rio may be sold.  Here’s your introduction to Stu.

Today I conclude my interview with Stu and we touch on Canadian gambling.  I’m American and curious. 🙂

Q: How big is gambling in Canada?
A: I think it’s larger than many US readers would think. Latest estimates put the online gaming market in Canada at about Cdn$1 billion. In percentage terms, Canada accounts for approximately 3.3% of the global online gambling market – that’s almost the same as Australia (3.4%) or Sweden (3.7%), or approximately 20% of the current US market for Internet gambling.
How is government involvement in Canada different than the US?  For example, both countries have lottery. Very generally, Canadian law tolerates a much greater involvement in gaming by governments here, although this varies from province to province. Casino resort properties in Niagara Falls and Windsor are owned by the OLG and operated by private entities. Also in Ontario, Penn National operates Casino Rama, although they are relinquishing that role. Some provinces own and operate their own casinos to the complete exclusion of private gaming operators. Other provinces allow much more private sector involvement. Each province being responsible for its own conduct and management of gaming within its territory means that there is a diversity of roles assumed by government in Canada when it comes to gaming.

Q: Caesars Windsor is considered an “American” property in the US, is it seen as a Canadian property up north?
A: I’m not sure it’s necessarily seen as an American property by Canadians. Caesars is a very strong international brand. I think that Caesars has an excellent property in Windsor; it’s one of my favourite Canadian resort casinos.

Q: VLT’s are legal right now in Canada, but that’s being challenged.  Do you see this changing?
A: I don’t, particularly. It’s mostly (but not necessarily exclusively) the provinces that conduct and manage VLTs, and I think it’s unlikely that all provinces would decide to get rid of these machines. There is currently a bill before the Canadian Senate that would have the effect of restricting the number of VLTs in Canada as well as the number of places you can find them. However, the prospects for this law’s passage are very uncertain.

Jeff Ma wrote the awesome book Bringing Down The House with Ben Mezrich.  Looking at him, you may remember his cameo in 21. Besides being a card counter for the MIT blackjack team Jeff has also been a part of fantasy sports (he used to appear on the MLB fantasy podcast) and got into sports in general.

This interview, from tech crunch, touches on his new book in addition to blackjack, sports and movies.  It’s a nice view/listen.  Enjoy.

Buy Bringing Down The House 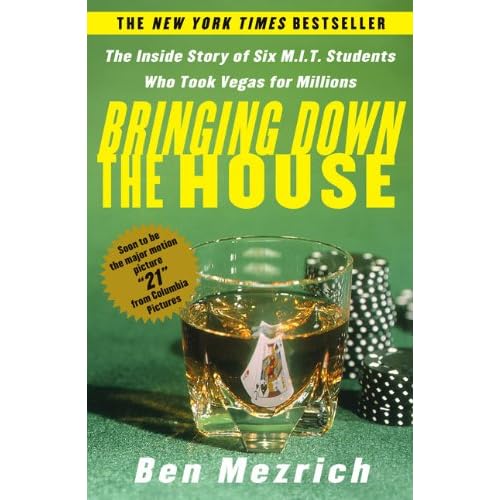 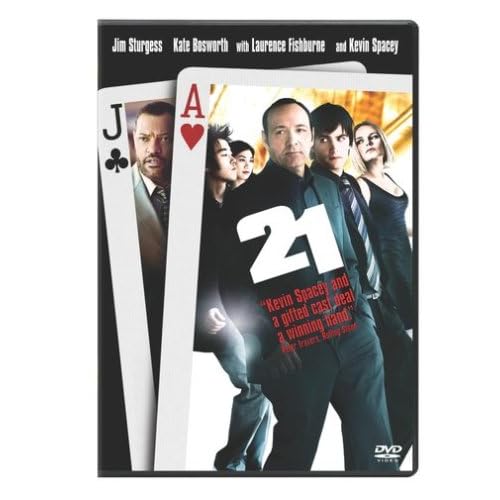